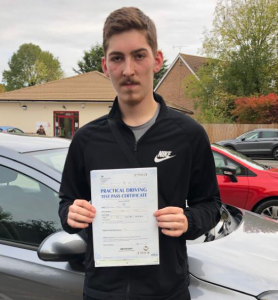 Bradon called Carcaptain at the end of September to book his driving lessons.  Instructor Bharat undertook to get Brandon test ready, doing a basic brush up course. Bharat did a great job, Brandon passed his test easily. Well done Bharat!

We hope you have enjoyed reading our instructor's success stories!
Make sure to like us on facebook!

Nic contacted Carcaptain on 4th May. He was a man with a van but needed to get his licence sorted! Converting his South African licence into a UK licence was taking forever and economically he needed his licence now! He was offered a test on contact for 10 May. His course was arranged with Bharat on the 5th of May. Instructor Bharat did his brush up lessons to a T and Nic passed his test on Wed 10 May. Man with a van, licenced twice and ready to rock! 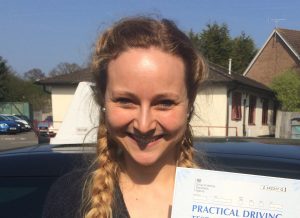 Celestine contacted Carcaptain because her regular instructor became unavailable for lessons, she had been practicing for months and decided that she wanted her licence before the end of March. Celestine was allocated to instructor Bharat, who started her lessons the following Monday. Doing her Masters, Celestine juggled lessons and her studies. Instructor Bharat did what he does best and Celestine passed on Monday, 2 weeks after she started her course, 4 days before the end of March. Great work Celestine, Bharat! 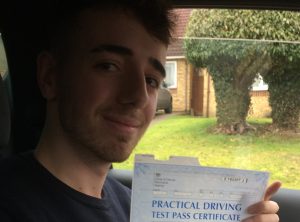 Jack was eager to learn and determined to get his licence. He booked a 27 hour driving course, arrange his lessons with Instructor Bharat around his work time. His driving test was originally booked for 9 February, but moved to 10 February because they've missed the first test. On 10th February the examiner was not available, so Jack's test was rescheduled again. Not deterred Carcaptain rebook his test for 15 February. Jack took the curve balls life was thrown at him in his stride and passed today with two minor driving fault's, first driving test ever. Way to go Jack, Bharat, excellent work!

Sasha Leigh-Ann - London
I passed my Driving Test the first time around with Carcaptain intensive driving courses school London (Fast Track condensed and crash driving courses) Eloise - London
I was so impressed with Carcaptain I have already passed your name on to people. The best was I passed my driving test first time. [divider] More Testimonials →