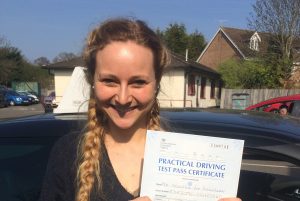 Celestine contacted Carcaptain because her regular instructor became unavailable for lessons, she had been practicing for months and decided that she wanted her licence before the end of March. Celestine was allocated to instructor Bharat, who started her lessons the following Monday.

Peter had to get his licence back ASAP. We booked his theory test and he passed on the first go. He only needed a 10 hour brush up and
extended test. We booked his practical test in Hayes and amazing instructor Nitesh took him to the centre, Peter passed with a huge victory cry.

Portfolio section for this page has not been found!

Reason: No category has been assigned as Portfolio section for this page yet. In order to fix this, go to the theme's options page and assign a category for this page.