Is your driving licence valid after BREXIT?

What is the situation with the validity of my driving licence after Brexit? 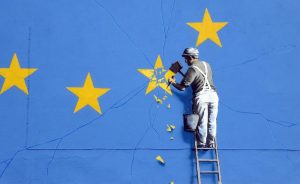 The United Kingdom driving test is regarded as one of the top three most demanding driving tests in the world.  The UK driving licence not only commands respect all over the world but is recognised as the most sought after licence because of its international validity.

Due to BREXIT Europe will obviously be reassessing the UK driving licence validity in Europe. All indications are that your ability to use your licence in Europe will not be affected by bricks it, however, insurance and registration of vehicles and trailers will be a consideration at the borders of Europe in future. The DVSA has issued and published various documents which make this clear and should be carefully considered after BREXIT.

Your Guide for Driving in Europe after BREXIT can be found here: CLICK HERE

This guide by the DVLA sets out what the status of the UK driving Licence will be in Europe after Brexit. There are some very real considerations as far as insurance of your vehicle and registration of any trailers or caravans that you may have in tow.

What now about my EU Licence in the UK? Will I be allowed to drive in the United Kingdom if I have a European licence and 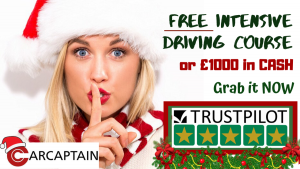 have not converted my licence to a British licence?

Link to the answer: Will my EU Driving licence still be valid in the United Kingdom after BREXIT?: CLICK here for more information.

Again a word of caution. There are aspects such as vehicle insurance and registration of trailers, caravans and loading restrictions which may vary. The DVLA information around what happens after BREXIT is comprehensive and can be used as a guide. I would recommend however that you get updated information and review the latest data during this transition period.

Please, be extremely careful as the licensed driver during the BREXIT transition period as your insurance may be invalidated due to the circumstances of where and when you drive. If you have an accident there will be no excuse for not knowing the current laws that surround the situation you find yourself in. We can be relatively sure that if you are driving in the UK with a valid United Kingdom driving licence things should not change too much. However, there may be issues with your insurance, especially if your insurance came from the European Union. It is a paramount important that insurance status and documentation for all future cross-border situations be checked and validated.

The DVLA at this stage has mostly printed guidelines of the situations we may expect, however, I would suggest that you talk to the relative authorities and clarify any situations you may find yourself in. The worst thing that can happen is that you end up as an uninsured driver. Not a pleasant place to be.

Please Drive Safely this Christmas - Did you know about these common drugs in your system can get you fined? Watch the video below: